Did someone say Christmas cake? 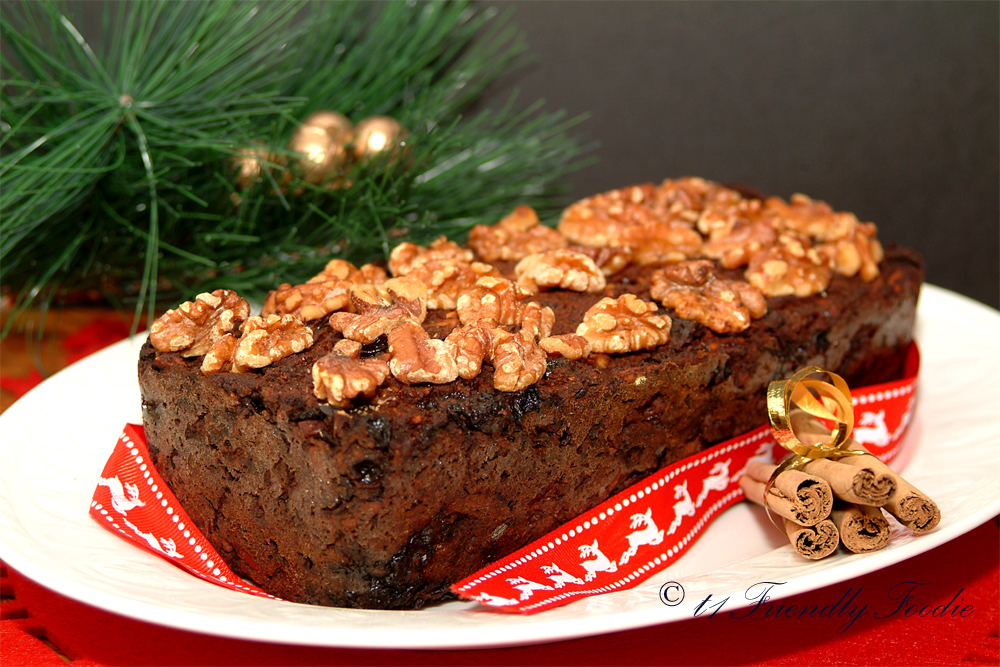 Have you spent the last few years dreading the festive season because you can’t bear to spend another family lunch watching people stuff their faces with yummy Christmas fruit cake while you miss out?

I LOVE fruit cake. It is one of my all-time favourite cakes. As a child, I always knew it was Christmas, when my mum pulled out her cauldron-sized pot and made her boiled fruit cake. The smell of brandy-soaked pineapple, dried fruit and spices would waft through the house – yum!

My mum would always make so many of her famous Christmas cakes, she would give them away to friends and family, and so this became a tradition.

Once I got diabetes though, I only ever had a bite of mum’s delicious fruit cake, because all the dried fruit, sugar and extra jam she put in, was enough to make my blood sugar sky-rocket. And that was sure to lead to an overdosing of insulin and a very un-merry Christmas.

So, for years I just learnt to go without. I still looked forward to her cooking the cakes, but I learnt to adapt. When they were cooked I’d run to the kitchen so I could inhale the spicy aroma as they came out of the oven. The aroma of freshly baked Christmas cake was enough to satisfy my craving – sort of.

But recently I decided I had had enough of missing out. I wanted to re-create my childhood memory of Christmas and replicate my mum’s recipe.

The great thing about my diabetic-friendly recipe, is it has a mix of almond meal and Lupin Flour.

I like to use Lupin Flour as an alternative to regular wheat flour, as it’s only 12.5g of carbs per 100g. This is a really great low-carb flour alternative. It’s also nice to mix it with almond meal for a softer texture.

To find out more about baking with Lupin Flour, check out my earlier post, Loopy About Lupin Flour.

No added sugar? Can this be possible?

It sure can! I found that boiling the crushed pineapple and dried fruit adds a load of natural sweetness to the cake, so much so that I found I didn’t even have to add any sweetener (100% natural Stevia powder is my preferred sweetener if I need it). That’s great news if you have diabetes!

The density of the cake was a challenge though. With all the dried fruit, it’s hard to ensure a nice raise, and or course because of this, fruit cake traditionally is a lot denser than other cakes, but still, you don’t want to feel like you’re biting into a hard slab.

It’s also a bit more challenging getting the right raise when using low-carb flour such as almond meal or Lupin Flour. These lack the natural raising agent that most wheat-based flours have. After much trial and error, I came up with the perfect ratio of flour to raising agents. For more information, check out my earlier post Baking with Low-carb Flour.

Mixed peel. This was another challenge. Some people hate mixed peel, but for me, it’s just not fruit cake without mixed peel. I found myself squatting in the isle of my local supermarket reading the ingredients of a packet of mixed peel. Low and behold, it’s full of sugar!

So, I tried making my own mixed peel. I peeled an orange and a lemon and diced up the strips into tiny pieces. I did this for the first five or so versions, but then I got really sick of cutting up the peel into a million tiny pieces – it took forever!

Forget it! You don’t need your peel to be in neat square pieces. I realised I could just grate the zest and it achieved the exact same flavour – with a lot less time and hassle!

A special tip I want to share with you is a special ingredient I like to add to my diabetic-friendly Christmas Cake to add a touch of tang.

Cherries. I tried this recipe with your standard morello cherries from the local supermarket, but found they were too wet and squishy in texture. And then I found it – my secret ingredient.

You can buy a bag of these from Costco! Unfortunately this is pretty much the only place I have been able to find dried cherries, but it’s well worth a trip out to my local Costco for a bag of these yummy jewels! I just can’t make this recipe without them. 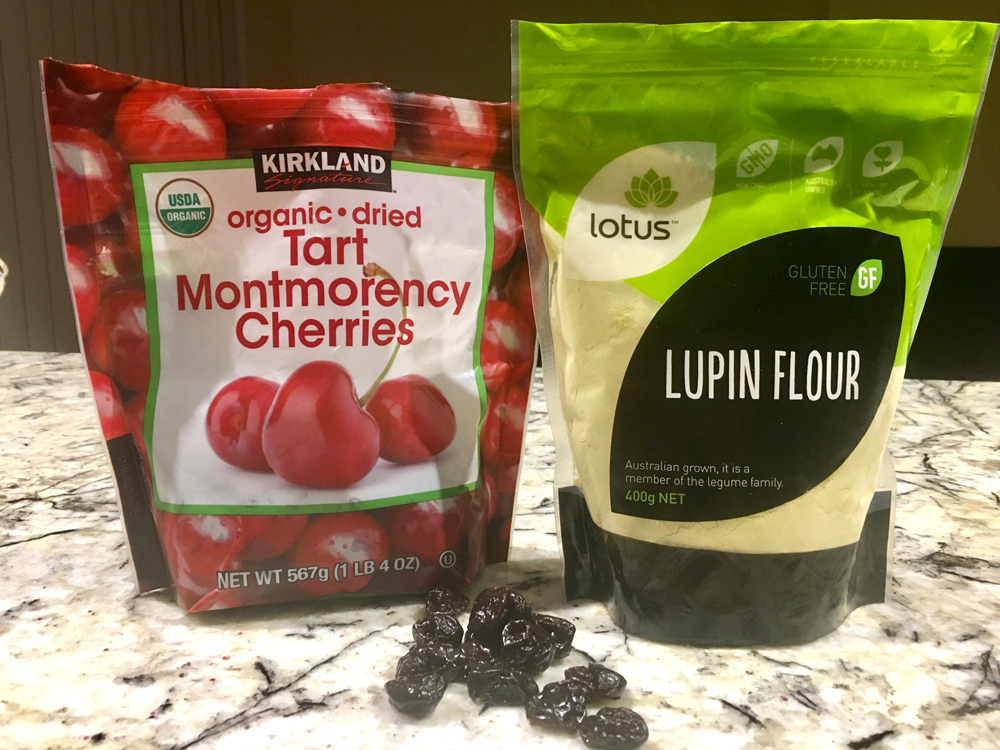 At 1 portion of carbs per slice (17g), and with no added sugar or butter, this recipe is sure to give you even more reason to celebrate this festive season!

For an added dash of indulgence, I like to add a couple of tablespoons of Baileys Irish Cream to serve on top of my cake – delish!

This is a recipe that’s very close to my heart and I hope you find it as yummy as I do and I hope it makes your Christmas as merry as mine.

Email me or leave a message via the comment section of this blog and tell what you think of this recipe. I’d also love to hear about your food challenges living with diabetes. 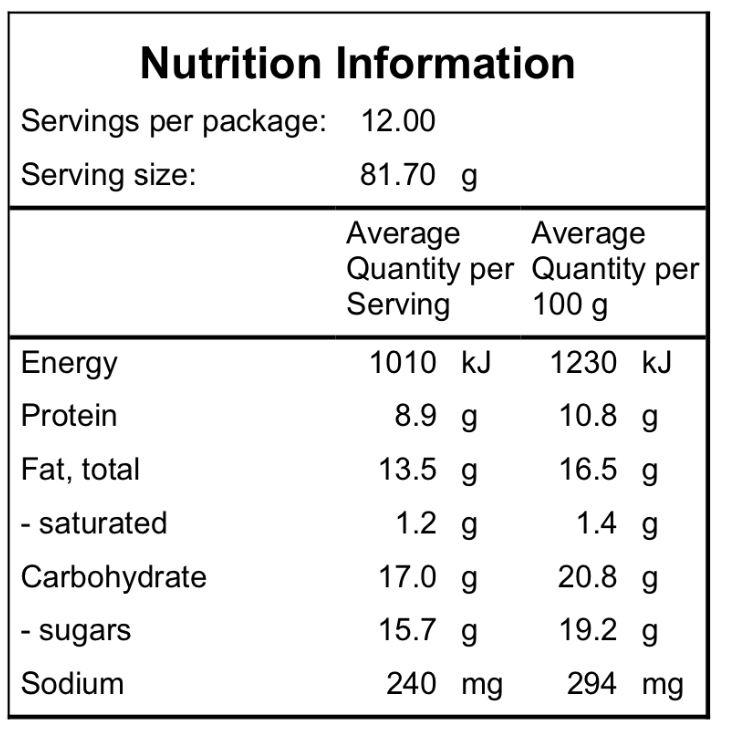 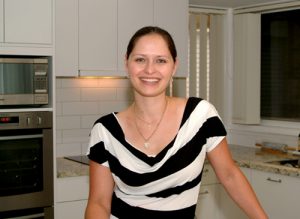 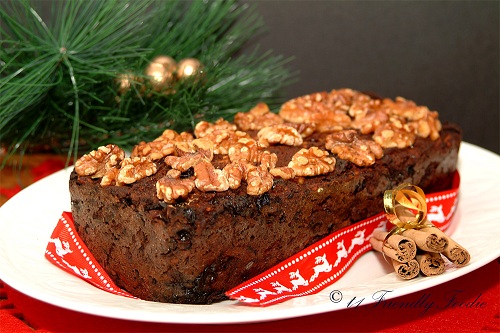